Technology: The Arrival of Augmented Reality

Technology is rapidly building upon different hardware in order to completely change how we experience reality. In order to thrive in this changing world we need to adapt to each interface that saturates our connections and interactions with other people. Take cell phones, for example. Although they have been in our Western, developed society for quite a while, it has had a profound impact in Africa where cell phones aren’t just modes of communication but a foundation for a whole virtual economic system. The money transfer system “M-Pesa” has made it possible to transfer funds much faster and with ease in a less-developed economy where it used to take “long, expensive trips to the city and [a] wait in line for hours” [1]. The saturation of cell phones made it possible for this proxy monetary system to flourish. Willingness to adapt and to evolve with the available technology made it possible for Kenyans to overcome dire and impractical conditions. This ability to move beyond existing conditions and adapt to a new technology is reaching a new level in the shape of Augmented Reality. Today, if most of us are paying attention, wearable computers are starting to enter the market with the intent to re-shape how we see the world, how we experience it, and how we relate to other human beings and objects around us.

The first step to allowing Augmented Reality to be a part of our human experience is to accept the input/output modalities this technology requires [6]. Wearable technology, most commonly eyewear, is being pursued by Google’s project Google Glass, Vergence Lab’s Epiphany Eyewear, and competing extreme sports eyewear due to the intuition of recording exactly what you are looking at (abstracting away the implementation of recoding) [2,3]. Although Google Glass has probed further into Augmented Reality, they have strayed from wear-ability. Vergence Labs is taking smaller steps in order to set a foundation for technological saturation. There is a need for aesthetic appeal in order to encourage consumer loyalty and willingness to delve into a new medium. 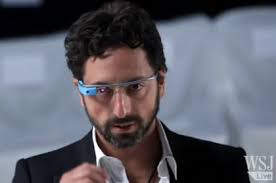 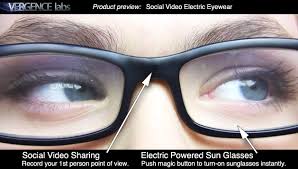 The future of technology lies in hands-free computers activated via voice, eye movements, and even mental stimulation (someday soon). The possibilities of Augmented Reality are endless but current musings extend to GPS, special effects, or information overlaid over your vision, altering one’s personal perception of the world or even sharing one’s point of view. Augmented Reality also falls in the fields of haptics technology, or the imitation of touch, synesthesia (the stimulation of multiple senses from a single input), and even the immersion of a new virtual space [4,5]. Someday, probably soon, since technology evolves rapidly once the ball gets rolling. 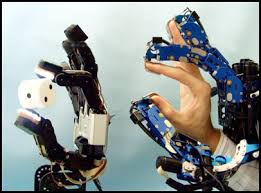 A more applicable use of Augmented Reality glasses today is education. Picture this: you are in the classroom, you look upon the chalkboard, but it’s not really a chalkboard, it’s a virtual screen that disappears when you remove your eyewear, you squint to take a closer look and the page zooms in, you tap on your phone or a button on the side of your eyeglasses and more information is instantly fed to the lenses. Education would not be constrained to the classroom; it would lie in anything and everything. And imagine enhancing recall through the use of synesthesia by associating memories with smells or sounds or sensations? 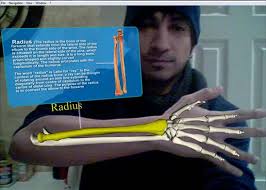 The next vessel of innovation is smaller than ever before thanks to the fulfillment of Moore’s Law, fast approaching, possibly in the form of eyewear and we can adapt and accept the possibilities this creates, or struggle to fit into the next phase in our technological evolution.

NOTE: This blog post was an assignment for CS W10 at UC Berkeley. It was written on a topic of my choice. Just wanted to share it on WordPress.

Join 539 other subscribers
Follow Illustrated by Meli on WordPress.com